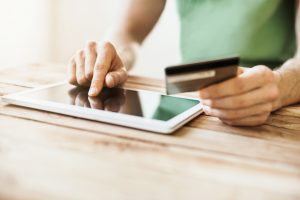 Few retailers seem to be daring enough to take on Amazon Prime.  However, Google is not backing down and its’ recent move shows that Google Express is coming.

Earlier this month, Google launched the service in the big apple.  Now, Google has announced that it now is offering Google Express in 13 more states.  The USA Today reported how the e-retailer is gearing up for the upcoming holiday season, positioning itself to compete with Amazon in several key states, as well as several states that aren’t among the most popular areas for Same-Day Delivery.  The new US states will include Alabama, Kentucky, Utah, Florida, Georgia, North Carolina, South Carolina, Tennessee, Idaho, Montana, Oregon, Wyoming and Washington.  With same-day delivery in the southeastern region is one thing, yet having Google Express in the Midwest is another.  This could potentially be an exclusivity there that will cause shoppers to turn to Google Express.

Google is partnering with retailers like Costco, Whole Foods Market, Kohl’s, PetSmart, Road Runner Sports, Sur La Table, Fry’s, Walgreens, L’Occitane, Payless ShoeSource and Guitar Center.  Since Google’s strategy is utilizing the physical store retailers that shoppers already use, areas like the Midwest may not be a challenge after all to generate sales, especially during holiday shopping.  “At Google Express, our job is to make people’s lives easier. What we really are trying to do here is make it easier to shop from merchants you love,” Google Express General Manager Brian Elliott said in an interview with The Tennessean.

This type of service is going to not only benefit shoppers, but brick-and -mortar retailers as well.  Elliott also talked about in the article about utilizing its’ core competency to provide a product that will meet retailer needs.  He stated, “We think of ourselves as a technology platform because that’s what we’re really good at. We’re trying to build a platform that lots of merchants can participate in”.  More retailers are turning to same-day delivery to attract more shoppers to shop online to ultimately increase store sales.  This is exactly what Google Express does.

With the 13 new locations, as well as the roll out of Google Express in New York earlier this month, roughly 70 million people in these states, including the tri-state areas, will be able to shop online conveniently from their mobile device.  The more technology advances, the more Google Express and partnering retailers can capitalize on moving store products, therefore, if consumers don’t come to their store to shop, they’ll simply bring the store to their doorstep.

A Same-Day Courier like 1-800 Courier is a way for any retailer or business to grow online and allow the actual delivery aspect of same-day delivery to be handle by them.  The Portland Courier provides last-mile deliveries nationwide and is a viable option to gain more market share during the holiday shopping season and afterwards.  As companies like Google and Amazon grow, businesses will have to adjustment to compete in today’s e-commerce.