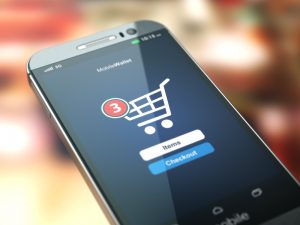 If you’re a retailer pursuing to catch up with Amazon, you won’t do it be doing the same thing regarding shipping options.  The e-retail giant has strategic order fulfillment centers placed throughout the US, coupled with an efficient logistics delivery system.  Two-day shipping is becoming the new standard for online retail and big companies are seeking to reach this fast delivery threshold.

Internet Retailer recently discussed what 30 top e-retailers are doing to get their online products shipped faster.  Its newly released “Click, Ship & Return: Fulfillment Report” study showed how they have all made delivery time improvements within the last three years.  The report tracked KPI’s including shipping speed, returns, and order processing times, and the average delivery time was four days.  This is a double the time frame that Amazon daily provides, yet it’s a step in the right direction, especially when traditional logistics may have been in place for so long.

The study mentioned who the retailers were and showed specifically their current shipping day numbers.  Nordstrom, Wal-Mart and Newegg Inc. lowered their delivery times by two days within two years.  J.C. Penney Co. landed most improved by cutting its’ delivery time to 5.1 days in April 2016, compared to 9.7 days in April of 2014.  Best Buy cut its delivery time by 3.5 days, equating to 3.3 in April 2016, versus 6.8 days two years ago.  The electronics giant stated that faster shipping times attributed to its 24% web sales growth in this year’s 2nd quarter.  When implemented effectively, a good delivery system will attract online shoppers, and if you supply the right service, you’ll keep them coming back.

The article mentioned some adjustments the study found that retailers have made to get their delivery times down.  E-commerce analytics company Slice Intelligence found one way they decreased shipping time frames were due to building more distribution centers to fulfill online orders.  These facilities then store merchandise near heavily populated areas to create the fast turnaround times.  The closer radius results in easier delivery routes and higher production as well.  This is contrary to traditional distribution and warehousing, which utilized less fulfillment centers instead.

This type of model is what has enabled Amazon to not only consistently provide two-day shipping, but the e-retail leader has taken the bar higher with Same-Day Delivery.  Prime members have the option of receiving two-day and free same-day services via Prime Now.  Amazon has now expanded its’ free same-day delivery to 27 major US city markets, including San Francisco Bay Area, Philadelphia, Seattle, San Diego, New York,  Dallas-Fort Worth, Phoenix, Indianapolis, Baltimore, Washington DC, Atlanta, Orlando, Chicago, Richmond, and more.

Same-day delivery is becoming more in demand as online retailer evolves, as retailers seek the omnichannels that connect between the web and physical stores.  With sourcing online order fulfillment from brick-and-mortar locations, shipping faster can be made easy with a Same-Day Courier like 1-800 Courier delivering for you.  The Los Angeles Courier has a national footprint and can create an optimal same-day delivery program for the largest of retailers. 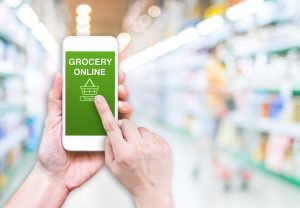 If a major grocery store chain in London is diving into Same-Day Delivery to compete with Amazon, there must be tangible results to implementing the service.  Groceries are items that consumers need daily, and as a supermarket giant like Tesco takes steps toward fully offering same-day delivery, it will help keep its’ current customer loyalty from swinging to Amazon.

Tesco has recently announced its’ plans to roll-out a same day ‘click and collect’ service for groceries from 300 stores throughout the UK.  Shoppers that place their order by 1pm, will be able to pick up from a local store after 4pm the same day.  One benefit to this model is that shoppers that work will have the convenience of being to buy their grocery items by early afternoon and can quickly pick them up on their way home from work.  In today’s business market, convenience is in high demand and the company that can save time for shoppers, will be the ones they keep using.

The service cost for click and collect will be £2 for a two-hour collection slot from Monday to Thursday during the week.  Friday or Saturday service requests will go up to £3 per slot.  Customers can choose either a 4pm to 6pm, or 6pm to 8pm collection window slot for all six days the service is being offered.  These slots enable shoppers to have additional pick up options and Tesco has more probability to capture late online sales.

Tesco stated in the article, “We know time is valuable to our customers and they expect more convenience and choice than ever before in how, when and where they do their grocery shopping.  Our same day grocery click-and-collect service is available at nearly 300 stores across the UK and means our customers can get their shopping at a time and location that is convenient for them.”  A value-added service like online order and pick up meets shoppers where they are, as well as it offers customers the benefit of saving time.  Ultimately, this is what same-day delivery creates for consumers, which is why Amazon Fresh is consistently experiencing growth.

The two grocery store leaders are shifting with online trends, as many retailers and other businesses should do.  A Same-Day Courier like 1-800 Courier is a viable option to develop a same-day solution to quickly fill online shopping orders.  The Cleveland Courier has the courier expertise and has the latest courier technology that retailers need to delivery from multiple store locations.  To keep up with Amazon, it may take same-day delivery in order for Tesco to do it.

Reference:  8.24.16, www.dailymailcom, Sean Poulter, Tesco is to offer a same day ‘click and collect’ service for groceries as it moves to fight off threat from Amazon

If you thought only electronics, household goods and groceries are the only products that are being pushed for Same-Day Delivery, think again.  The Fragrance Shop in the UK is showing retailers that cologne and perfume are among hot items that shoppers want fast too.  With the retailer’s recent results with shipping options, The Fragrance Shop has jumped head first into the trending service.

The Fragrance Shop announced last week that it is going to launch a new one-hour delivery service, as well as a next-day delivery option, in three major areas in the UK.  At one juncture, the retailer only offered online customers a standard, next-day and a nominated day delivery, weekend options and a click & collect service.  As the service attracted shoppers via fast next-day and click & collect options, The Fragrance Shop has now decided to expand into one-hour services.

Mark Kelly, Fragrance Shop’s head of eCommerce, commented on his view on same-day delivery and its’ positive results.  He stated, “Fragrances are typically purchased as a last minute gift, so speed and flexibility of delivery is important. We want to maximize on this by making it easier for customers to make these guilt-free, eleventh-hour purchases. We chose to implement Shutl based on the company’s standing as a market leader in same day delivery and the fact we share the same ethos for superior customer service.”

The fragrance retailer isn’t the only company jumping into same-day delivery in the UK.  Supermarket grocery store chain giant Sainsbury announced the roll out of its’ own same-day grocery delivery, beginning with three testing stores.  Once the service as been effective and established, Salisbury has its’ sites on being in over 30 areas in the United Kingdom.  Many companies are gearing up now for the holiday season ahead.  Same-day delivery is positioning more and more companies to begin to thrive online, as more shoppers are looking for convenience.

Kelly also added in the article, “Shutl enables us to interact with our customers quickly, and in the manner of their choosing. This doesn’t just give customers greater control over when they receive their purchases, but by keeping the delivery time short, they are less likely to change or cancel their order or contact customer services for delivery updates.”  With same-day delivery, a retailer will only be as good as its Same-Day Courier like 1-800 Courier that it partners with for pick ups, deliveries and returns.

As a trusted shipping option, 1-800 Courier has the courier expertise and driver fleet to implement optimal same-day logistic solutions nationwide.  As Amazon continues to capture more and more market share, it will take a bold move for order fulfillment expand to the point of competing with it.  The New Jersey Courier has partnered with companies looking to adapt to today’s e-commerce and grow, especially as they see Amazon steadily getting more sales.  The Fragrance Shop isn’t reserving any investing, but rather is being aggressive about growing online and using fast delivery options. 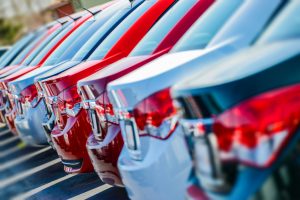 At first it appeared that the retail industry was the only one implementing Same-Day Delivery to capture more market share. Now, the automakers are seeing the benefits of fast delivery and diving in also.  The latest is Toyota and Lexus announcing a move to take same-day delivery and utilize it for dealership part fulfillment services.

Auto News recently reported how Toyota and Lexus will being to  offering same-day parts availability to their dealerships as a way to meet real time demand for repairs.  The faster a dealership receives their parts, the faster the service repairs can be completed.  Concerning that many times complaints come by customers in regards to dealership service departments, this will be an initiative worth pursuing by Toyota and any automaker seeking improvements.  Customers will know that their repair will be done in a timely manner, which will translate into good experience reviews.

in the article, parts managers added that the service will lower loaner car use and an increased efficiency of service bay usage.  Having to keep a loaner vehicle used longer then necessary equates to more wear-and-tear on them, which in some cases can be new, or fairly new vehicles.  Efficient use of bays means service technicians repairs are being maximized, creating a more fluid operation.  Parts are critical in making this happen, and same-day delivery may be the component automakers needs to shift with today’s business trends.

Customers want a higher level of convenience and speed with their services.  Automakers use to only deliver parts to their dealerships as fast as next-day delivery.  Yet, when the part doesn’t arrive or in cases of a part delivery error, that adds another two days to a car repair.  Same-day delivery will cut resolution times in half for dealerships.  The service will also create a part sharing system within their dealership network, which they can part swap and replenish needed inventory.  Also, dealerships will be enabled to set better appointment times and mechanic scheduling.

Parts manager Luciano Restrepo of Keyes Lexus in Los Angeles touted how the new same-day parts delivery is making a positive impact on his dealership’s success.  He stated about same-day part delivery, “That is the best thing Lexus ever did for us — the fact that we can get a transmission and a vehicle in and out in one day. I utilize the service every single day.”  As the part repairs are completed faster due to faster part deliveries, dealerships will create opportunity to take on more auto service requests.

What is separating one retailer from another, one dealership from another, or any other company in today’s markets is service time.  When you can provide the same product in less time.  Same-day delivery is transforming how we do business, especially as customers are able to do more online.  Automakers like Toyota can utilize 1-800 Courier as a Same-Day Courier to partner with to develop a same-day logistics solution.  The Tampa Courier has the courier expertise, a national footprint and the latest in courier technology to establish a thriving delivery base and grow.  From parts route delivery to dealership-to-dealership shipping, 1-800 Courier can help Toyota and Lexus use same-day parts delivery in major US cities nationwide.