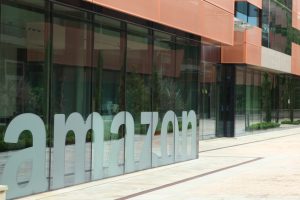 What more could Amazon do at how they continue to advance Same-Day Delivery in all of the facets of their services.  The e-retailer is making the right moves at the right time.  Now, its’ recent adjustment to AmazonFresh could be just what it needed to make more shoppers buy into it.

Amazon has announced that it will adjust its’ pricing model for AmazonFresh, as it begins an initiative to attract customers and grow sales.  The same-day grocery service, which use to be $299 per year, will now be only $14.99 per month for existing Prime members only.  This equates to $179 per year, which is a $120 difference for AmazonFresh, in addition to Prime member subscription costs of $99.  Therefore, for $279 annually, Prime members can have it all, instead of the $299 for AmazonFresh alone, which some felt was steep. The new pricing could potentially gain momentum for AmazonFresh as the holiday season begin, as well as the e-retail leader enters the new year.

The change in fee structure could be a sign that Fresh is stabilizing and poised for more aggressive expansion,” said Keith Anderson, vice president of e-commerce analytics startup company Profitero.  Anderson went on to say, “This is supported by how prominently the new fee is being promoted on Amazon’s homepage in markets where Fresh is available.”  The article mentioned that some feel the high pricing was purposefully done to limit demand, while Amazon worked out the economics of the service.  Either way, Amazon is certainly in the driver’s seat when it comes to same-day grocery delivery.

Another comment in the article was by Anderson regarding what the move means for Amazon in the future ahead.  He stated, “This positions Fresh much more favorably.  An incremental, annual $199, paid up front, was unprecedented and a huge hurdle for mainstream households to commit to, even if Prime members skew to affluence.”  Usually low upfront fees for a valued-added service like fast delivery is much more attractive to shoppers.  This is why most retailers offer very affordable costs and then compensate by the sale volume they receive.

One example is what Wal-Mart has decided to do with subscription fees for its new ShippingPass service.  In July, Wal-Mart began piloting the program, offering free shipping with two-day delivery to draw in shoppers, in addition to its’ low annual fee of $49.  This is specifically designed to aggressive compete with Amazon, being half the price of Prime at $99.  Customers are able to get the same products they can buy from Amazon such as clothing, electronics, health products, and more via Walmart.com.  The online items with the ShippingPass logo next are eligible for the service.

A lot of retailers are taking note from not only what Amazon is doing, but how the retailer is doing it.  For same-day delivery, one viable option is to partner with a Same-Day Courier like 1-800 Courier to implement the service in major US cities and better compete online.  The San Francisco Courier has the courier technology and expertise to quickly create same-day logistic solutions for any retailer delivering groceries, online products and more. 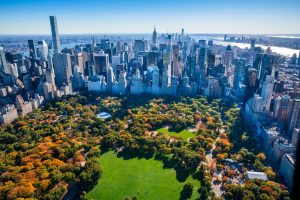 Amazon has been making heavy strides with utilizing Same-Day Delivery to meet the trending online shopping demand.  It is to the point that many big name web-based and brick-and-mortar retailers are find they have no choice but to follow suit or get left behind.  This is exactly what Google is doing and its’ latest strategic move is showing that the e-retailer has a plan to capture more market share of its’ own.

Fox 5 News in New York recently reported how Google has launched its’ own same-day delivery service–Google Express.  The new service will allow shoppers to order from major retailers like Costco, Kohl’s, Whole Foods, and PetSmart.  These are some of the biggest names in retail that are in hot pursuit of Amazon also. If shoppers are desiring convenience, instead of increasing sales by attracting them to come shop at the store, Google and the major retailers will bring the online products to them–right to their front door.

The report discussed how nearly 70 million people in over a dozen states in the US, including the tri-state areas, will have the ability to easily order online from their smartphones.  This means there will be a lot of volume, which is one of the mean essentials for same-day delivery to work.  For example, a prime retailer like Whole Foods, which already offers same-day delivery in some major US cities like Atlanta, will only strengthened its’ customer loyalty base, as it expands together with Google in New York.

“Google Express is a number of items you can order via Google and Google Express and have it delivered in under an hour,” commented online shopping expert Michelle Madhok in the article.  Shopper will be able to pay either a per-order fee or an annual fee, which Google  Express subscribers will pay $95 a year, versus Amazon Prime’s $99.  Madholk went on to say, “Depending on the item, some will take a little longer, but you can click ‘get this today”.  The roll out makes sense for Google to expand in New York right before the holiday shopping season begins.  It is one of the prime cities in the US to capture end-of-the year sales for retailers, as Google can potentially team up with physical store retailers to move store product via omnichannel initiatives.

To catch up with Amazon, companies like Google, Wal-Mart, Macy’s, and more are partnering with a Same-Day Courier like 1-800 Courier to develop same-day solutions in order to grow online.  The New York Courier has a national footprint and can perform the actual deliveries for any retailer within major US cities. 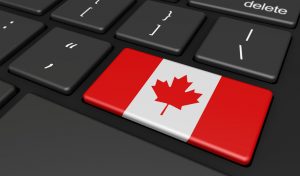 When retailers thought they could take a breather, or even gain some ground with catching Amazon, the e-retail giant expands again.  Amazon has now launched Same-Day Delivery in Canada.

The Financial Post recently reported that Amazon Canada has announced that it will be offering free same-day delivery in Toronto and Vancouver.  The service will be available for only Prime members at no cost, which already pay $79 annually for free delivery without a minimum order required. These members will have at their disposal the fast shipping option for all orders above $25 in both cities.  Same-day delivery is more efficient within major cities that have the demographics and economies of scale that translate into volume.  This type of shipping thrives on this.

With Toronto being the biggest city in Canada, along with another top city of Vancouver, Amazon is certain to receive the response it’s looking for.
“We have been working quite hard to improve the speed of delivery and we got to a point where we are now able to offer that service,” said Alexandre Gagnon, vice-president, Amazon Canada.  He also said, “In general, people using e-commerce tend to want to receive those goods as fast as possible. In response to demand we are launching this program.”  The demand for fast delivery is justifying the expansion for Amazon.  As quickly as many shoppers can order online, is just as fast as they would like to receive what they order.  As a web-based e-retailer, same-day delivery is trending to be a value-added service that provides leverage on brick-and-mortar stores.

Jim Danahy, CEO of retail advisory firm Customer Lab, talked about Amazon and the value-adding of last-mile delivery. He stated, “With the membership, Prime is like a Costco for online, and where they really made ripples when they first did this was during the holiday season.  They have clearly demonstrated that same day and next-day delivery across the United States has made a difference. I can see this making a difference for people who are pressed for time. Many people decide which retailer they choose based on those kinds of features.  It’s an infinitesimally small piece of Canadian retail at this point, but it is where the industry is going.”

In an effort to compete with Amazon, other big name retailers have added subscription programs to their online report, namely Wal-Mart.  Wal-Mart has rolled out a new pilot program, ShippingPass, for annual membership.  Shoppers can join for only $49, in comparison to Amazon’s $99 Prime membership fee.   ShippingPass members have the option of free next-day delivery, as well as those that have already paid their fee will receive a free additional month.  Wal-Mart also is offering 30-day trial memberships to pilot program.  Wal-Mart.com will have a logo next to the products in which the ShippingPass service can be used.

For any retailer seeking to offer same-day delivery, a viable option is a Same-Day Courier like 1-800 Courier, which has the logistical expertise to create effective delivery solutions.  The Orlando Courier has a national footprint and establish same-day delivery throughout the US.  Retailers will have to do whatever it takes to contend with Amazon.