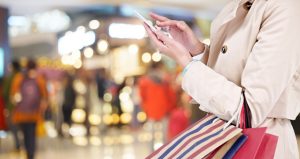 Taking a look at their distribution system, Neiman Marcus observed areas of development that it could improve on.  The retailer implemented a new cross-channel merchandising system, which costs Neiman Marcus up to $35 million during its fiscal first quarter.  According to a new article, the investment resulted in overall losses due to inventory issues and order fulfillment.

Internet Retailer reported how their retailers has had first fiscal quarter losses for 2017 due to facing distribution problems.  Neiman Marcus stated, “These issues primarily related to the processing of inventory receipts at our distribution centers, the transfers of inventories to our stores and the presentation of inventories on our websites.  These issues prevented us from fulfilling certain customer demand in both our stores and websites that we estimate resulted in approximately $30 to $35 million of unrealized revenue.”

Since this fiscal quarter occurs during the holiday season, Neiman Marcus’ challenges have impacted sales revenue online.  Neiman Marcus reported online sales accounted for 29.2% of overall sales in the first quarter, which ended October 29th, at $315.1 million.  This figure is down from $315.7 million from the previous year.  In a filing with the U.S. Securities and Exchange Commission, Neiman Marcus revealed problems that related to the implementation of NMG One, its new cross-channel merchandising and distribution system.  It resulted in a negative impact on online and offline sales.  More specific numbers mentioned in the report were Neiman Marcus’ earnings, which  included:

Companies like Amazon not only have sophisticated distribution systems, but also have coupled it with Same-Day Delivery to literally meet online shoppers right where they are.  Amazon has engaged same-day delivery into its’ supply chain, even offering it free in 27 major US markets.  Amazon Prime is in San Francisco, Los Angeles, Dallas, Boston, Orlando, Chicago, Raleigh, New York, Atlanta, Tampa, and more. Optimal distribution system inefficiencies has been the key foundation for Amazon, yet the company is still only an e-retailer providing same-day delivery.  Retailers like Neiman Marcus can partner with a Chicago Courier like 1-800 Courier and fulfill online orders directly from their stores.

Same-day delivery is revolutionizing the way we ship to the end customer.  Nordstrom’s,Best Buy, PetSmart, Toys-R-Us, and others have all implemented some level of same-day delivery, using their store locations as close proximity warehousing, using them to carry inventory.  Macy’s is fulfilling online orders with same-day delivery in cities like San Francisco, Los Angeles, Seattle, Houston, Chicago, New Jersey, Washington DC, and more.  With over 880 store locations, the department store leader has shifted with e-commerce trends and distribution centers have the added supply chain to deliver items to customer’s front door.  Neiman Marcus can use Nationwide Courier to develop a same-day logistics solution to create the omnichannels to help strengthen its’ distribution system. 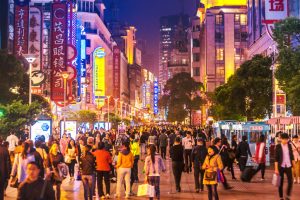 China is on pace to grow its’ e-commerce at a more faster rate than ever before.  Alibaba, China’s largest e-retailer, is driving a lot more traffic via its’ online store versus shoppers physically going out to make their purchases.  A recent article shows how indeed the malls in China are experiencing less traffic and it hurting sales.  With the expectations of the retail industry to generally make up for any quarter losses and boost sales, these November results are not what mall owners and retailers want to hear during the holiday season.

Internet Retailer via Bloomberg News discussed in an article about how China mall traffic id decreasing and is directly affected by e-commerce. This was due to a surge of online shopping activity for the holiday season, according to Baidu, operator of China’s dominant search engine, and JD.com.  It stated that China’s wealthy consumers are shopping online for more pricier items from e-retailers like Alibaba, which made $18 billion in one day during the month of November and Same-Day Delivery attracts customers as well.  This attests to how online shopping is moving beyond just being a trend globally.

“China’s two-speed scenario is having a major impact on the country’s retail industry,” Jason Yu, general manager for China at consumer research firm Kantar Worldpanel, said in a report.  He also stated, “This massive explosion of online sales growth is being fueled by increasing diversification in the categories purchased online, as well as huge gains in imported products and consumers taking advantage of promotions.”

In regards to the overall trends of retail in China, Matthew Hassan, a Sydney-based senior economist at Westpac Banking Corp., said in the article, “The gradual improvement in the consumer mood over the last two years, from extreme lows in late 2014, seems to again be losing its way.  With confidence still materially below long-run averages and consumers still concerned about job security and the economic outlook the consumer recovery is clearly still fragile.”

Mall retailers experiencing the same downturns in the US, can have a Nationwide Courier like 1-800 Courier to develop a same-day solution also.  The Houston Courier has a national footprint, able to pick up and deliver from malls. Online retail is expected to reach $500 billion by 2018, and malls can partner with 1-800 Courier to get their store product sold via omnichannels that connect physical store to online sales growth.