If any retailer thought that Wal-Mart would be contained to excel with brick-and-mortar, they were wrong. A recent report showed that Wal-Mart’s e-commerce investments are paying off.  Global online sales grew 16% in the second quarter.  E-commerce did however experience lower full-year earnings per share Wal-Mart will spend between $190 million and $295 million on e-commerce this year.

“Our primary goal is to continue to accelerate Yihaodian’s core e-commerce business and maintain strong local Chinese expertise,” said Neil Ashe, CEO of Wal-Mart Global e-Commerce. “Now that we are the sole owners, we will be expanding our leadership team from within the Yihaodian business, from within Wal-Mart and from the e-commerce industry in China. We will also leverage Walmart’s global reach and scale to better benefit Yihaodian, including global sourcing. China is an exciting, dynamic, large and competitive market. We are excited about our long-term opportunity in China.”

In 2012, an article on TechInAsia.com highlighted a quote regarding Wal-Mart’s ultimate plans for Yihaodians three years ago. “It’s not just online clout that has attracted the US retailer to the Chinese online store. Yihaodian, since its inception in July 2008, has built a sophisticated warehouse and distribution network covering much of the country so as to offer same-day or next-day delivery. Walmart, as one of China’s leading bricks-and-mortar supermarket chains – along with France’s Carrefour (EPA:CA) – will integrate some of its own logistics with Yihaodian’s.” It appears Wal-Mart’s strategy is coming full circle, as now the retailer owns Yihaodian.

Wal-Mart is set to duplicate in the US what is working in China, including probably Same-day delivery.  Wal-Mart offers the service in multiple major US cities already and also competes with Amazon.ca, offering free same-day shipping in parts of Canada.  With Amazon expanding same-day delivery at such a fast pace, Wal-Mart is in a position where it has to implement fast delivery on a broader scale, just as a number of physical store retailers are doing.  Some retailers partner with a same-day courier like 1-800 Courier to deliver products from their stores within a matter of hours.

The retail leader will also have to look out because Amazon has announced free same-day delivery for Prime members.  It included several major US cities, including the San Francisco Bay Area, Baltimore, Dallas-Fort Worth, Indianapolis, Phoenix, San Diego, Seattle-Tacoma, Philadelphia, Tampa, Washington DC, Boston, New York, and Atlanta.  The launch involves more than 500 cities and towns, plus more cities to come.

The article also mentioned Wal-Mart opened two automated online fulfillment centers in the US, ready to meet customer needs for the holiday season.  Both will be larger than 20 football fields.  They will be the cornerstones of Wal-Mart’s fulfillment network, as well as two more centers this quarter.  1-800 Courier is a Philadelphia Courier with the national footprint needed to help Wal-Mart perform last-mile deliveries.  Overall, same-day delivery will become more essential to continue to thrive online. 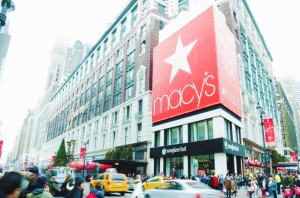 For Macy’s, it is full stream ahead with expanding its’ same-day delivery programs throughout the US.  It had no thought of slowing down its’ momentum, just like Google, Amazon, Uber, and others. USA Today reported that Macy’s is expanding into nine more US markets this month.  With the addition of the new service areas, it will surpass Amazon’s presence with having the most cities with same-day delivery.  The article mentioned that one of the primary reasons for the expansion is its’ stores now have the capability to stock in-store inventory, in addition to its’ delivery partner Deliv can transport the online orders from store to the shopper’s destination.

In a statement, R.B. Harrison, Macy’s chief omnichannel officer, gave remarks on the importance of establishing this new core service. Same-day delivery “is an important part of our value proposition as an omnichannel retailer”, he said.  The retail giant operates about 885 stores nationwide.  This means stores will be just like warehouses for online orders.  Macy’s service involves same-day delivery for all online orders placed up to 1pm, with the exception of its’ Sunday time frame by 11 am.

The expansion again comes right before the holiday season, as the retailer did last year.  Macy’s strategically partnered will Deliv and launched same-day delivery in 8 major US cities, which included San Francisco, Los Angeles, San Jose, Seattle, Houston, Washington DC, New Jersey, and Chicago.  Sister company Bloomingdale’s followed suit and launched the service in San Francisco, Los Angeles, San Jose, and Chicago also.  Selective cities for the service have the demographics and sales volume for same-day delivery to grow steadily.  Technology is having its’ part in fast delivery because shoppers have ease of access to online ordering and it will only increase in the years to come.

Macy’s is racing for good reason.  Google is on the move, as well as Amazon, which recently rolled out free same-day service in California to Prime Members.  The retailer has stated that more major US cities are to come, including the San Francisco Bay Area, Baltimore, Boston, Dallas-Fort Worth, Indianapolis, New York, Philadelphia, Phoenix, San Diego, Seattle-Tacoma, Tampa Bay, Washington DC, and Atlanta.  There will be more than 500 cities and towns included at the launch in the future.  Overall, the competition is growing, as companies like Uber engage in testing different delivery innovations in major cities as well.

In spite of what other companies are doing, Macy’s is focused on capitalizing on the advantage of having multiple department store locations.  This results in easy last-mile deliveries to their customer’s front door.  This is the difference with web-based retailers that physical store retailers have the ability to do.  Some of them partner with a same-day courier like 1-800 Courier to deliver online or in-store orders.  The New York Courier has a track record of supplying logistical expertise and courier delivery methods that create optimal logistic solutions.  As Macy’s expands with their delivery provider, other retailers can use 1-800 Courier’s national footprint and do the same. 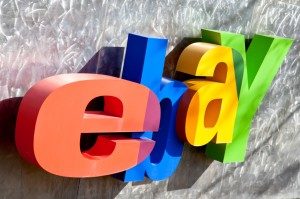 When its’ time to pull away a business venture that isn’t profiting, you have to make the necessary adjustments sooner than later.  It appears eBay has found that its’ same-day delivery pursuit in the US needs to be shut down. Yet, will eBay turn to same-day delivery again?

A recent report talked about how eBay decided to throw in the towel after a three-year push. EBay Now fought against strong competitors like Amazon and Google that are in the same race. Former eBay CEO, John Donahoe, said the service is “not essential to our core target customer”.  CNet.com reported how eBay shut down the eBay Now app late last year.  EBay also has pulled three less popular apps — eBay Motors, eBay Fashion and eBay Valet — to cut down customer confusion and streamline attention to it’s primary eBay app.

CNet also highlighted an eBay spokeswoman regarding the scale back and ending of eBay Now. “We continue to explore a variety of delivery options such as buy-online-pickup-in-store,” an eBay spokeswoman said.  This isn’t anything new, in fact, a number of companies are opting to go the route of in-store pick-up.  Wal-Mart is one physical store retailer that not only offers same-day delivery, but also Wal-MartToGo.  The service offers customers the option of placing their order online, and then coming to the store to pick-up.  A Wal-Mart representative pulls the order and its’ ready upon arrival.  In Denver, Wal-MartToGo was tested for pick-up via curbside as well.

One reason eBay Now ended because the their products didn’t match in volume the types of products that same-day delivery thrives on. Shoppers utilize same-day delivery with groceries, diapers, and food orders, in contrast to eBay’s primary staples, such as collectibles, antiques and vintage clothing. Also, eBay stated that these same-day delivery networks tended to exclude eBay’s core smaller merchants, since many don’t have storefronts or warehouses.  Fast delivery needs volume to be successful long-term.  The result is a market that doesn’t fit eBay or its’ smaller merchants.

Web-based retailers like Google and Amazon have found a way to brand itself as companies that provide the everyday products shoppers want. Google Express in major US cities and is expanding. It has partnered with large brick-and-mortar retailers like Toys-R-Us, Target, BestBuy, Wal-Green’s,and more to get items in the physical stores right to a customer’s front door.  A same-day courier like 1-800Courier is who retailers have also decided to outsource the delivery aspect of the service.  The New York Courier has the delivery expertise to create optimal and efficient solutions.

Another hurdle for eBay will be Amazon if it decides to jump back into the same-day delivery race.  Amazon has launched the free service in several major US cities, including Baltimore, Dallas-Fort Worth, Indianapolis, Philadelphia, Phoenix, San Diego, Seattle-Tacoma, Tampa Bay, Washington DC, Boston, New York, Atlanta, and in the San Francisco Bay Area.  The roll out involves more than 500 cities and towns, plus more cities in the coming years.  This means eBay will have even more ground to cover if it enters back into same-day delivery with eBay Now.  EBay will have to step back and reevaluate whether it can achieve convenience for its’ customers with new products, yet in a different way.