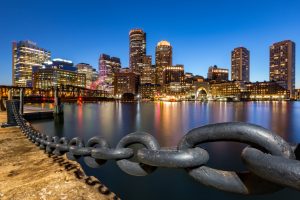 With the way Amazon is stretching itself to cover the US with Same-Day Delivery, you wouldn’t consider that they may be an area that the retailer wouldn’t service.  Some cities that are not in close proximity in distance to major ones, you would understand why the service isn’t being offered there.  Yet, there is one city that Prime subscribers are very inquisitive regarding why same-day delivery isn’t in their town.

The Boston Globe reported how Amazon is offers same-day delivery in every Boston neighborhood except Roxbury.  One of the findings by Bloomberg compared US census data showing that minority neighborhoods in several cities have not been included to offer same-day delivery there.  It stated that Roxbury is 59% African-American and is the “most striking gap” found from the data.  Amazon’s service stretches from Boston city limits to many suburbs and nearby communities, but not Roxbury.

The article mentioned that Amazon told Bloomberg that Roxbury’s circumstance is “an anomaly”.  There are no demographics that play a role in deciding where it delivers same-day.  In fact, Amazon gave Mattapan as a example, which is 85% African-American, as well as nearby majority-minority communities like Lawrence and Chelsea.  This means there could be other factors weighing in on Amazon city selections.

“Yet in cities where most of those paying members are concentrated in predominantly white parts of town, a solely data-driven calculation that looks at numbers instead of people can reinforce long-entrenched inequality in access to retail services,” said the Bloomberg writers. Amazon spokesman Scott Stanzel said in a statement, “We will continue expanding our delivery capabilities and are adding more zip codes rapidly”.  Either way, it appears Roxbury Prime members want same-day delivery, and we will see if the city is added.

One of Amazon’s big electronic competitors, Best Buy, recently made headlines by announcing it will be expanding its’ current same-day delivery testing into 13 major metropolitan markets throughout the US.   Last year, Best Buy rolled out testing in San Francisco and its’ surrounding areas, in addition to Washington DC and New York.  Best Buy is the leader in consumer electronics, but the move to engage in same-day services is being driven in part due to Amazon.  With so much access by customers for convenience, as well as a dependable e-retailer like Amazon, it is clear that Best Buy had to meet customer demand and provide a fast delivery option as well.

Online retail is projected to reach $500 billion by 2018, as well as same-day delivery to climb to $987 million by 2019.  It makes sense why Amazon is moving at such as fast pace with same-day delivery and its’ competitors will have to get on board with the trendy service option, or get left behind..  A Same-Day Courier like 1-800 Courier is who retailers like Amazon, Best Buy and others are partnering with to implement a same-day delivery program that meets their online needs.  The Boston Courier has the ability to provide nationwide coverage, which large businesses are looking for. 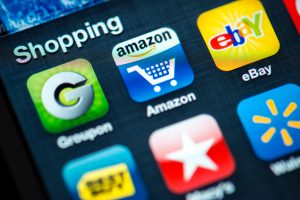 In light of how Amazon is making several expansions to its’ free Same-Day Delivery program, retailers are going to jump on board with the service in order to keep pace.  Best Buy saw this is what had to be done, and last year, it began a long-term plan to implement same-day delivery with rolling out service tests in San Francisco and its’ surrounding areas, in addition to Washington DC and New York.  Now the testing phase is out of the way in that area, BestBuy’s latest announcement makes a bold statement that it is ready to test same-day delivery even more and eventually take on Amazon.

Forbes.com recently reported that Best Buy has announced that it is expanding its’ testing of same-day delivery to 13 major metropolitan markets nationwide. The article stated per Best Buy, the same day delivery initiative is part of its’ ongoing commitment to improve the in-store and online shopping experience.  There is a heavier focus on online initiatives, as same-day delivery adds a level of convenience that a segment of customers are demanding that have become comfortable with online shopping.  It is also becoming more and more attractive for retailers to use the service as a way to drive traffic to their sites, as well as increase physical store traffic.

The electronic retailer has teamed up with start-up delivery company Deliv to handle the actual deliveries.  Deliv’s service is based on a crowdsourcing approach to pick up and deliver online purchases directly from BestBuy stores; they act as warehouses for Deliv to quickly fulfill online orders.  BestBuy has over 400 stores in a variety of major US cities nationwide, which positions the retailer distance-wise to provide same-day delivery on a mass scale.  With 13 metropolitan city markets to begin with, more than likely, there will be plenty more to come, especially during the holiday season.

Amazon isn’t the only driver behind Best Buy’s pursuit to increase revenue.  Forbes stated that consumer electronics has the highest online sales percentage in US retail.  According the eMarketer, computer and consumer electronics revenue from online retail sales in the US will exceed $85 billion this year.  It will also grow to over $100 billion in 2018, making it the maximum revenue generated by any US retail product category.  These figures will result in seeing more same-day delivery from Best Buy, being that it is the largest consumer electronics retailer in the US.

Trends are favoring that same-day delivery is going to continue to play a huge role in online retail.  Not only is Best Buy and Amazon engaged in last-mile deliveries, Google, Macy’s, Nordstrom’s, Whole Foods, and more are also.  A Same-Day Courier like 1-800 Courier is a viable partner for any retailer seeking to stay current with e-commerce and increase online sales.  The Washington DC Courier has a nationwide footprint and can help big companies like Best Buy thrive with same-day delivery. 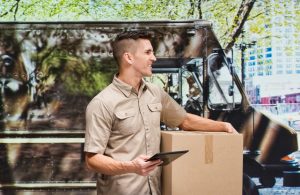 No retailer has expected Amazon to expand Same-Day Delivery as it has, revolutionizing e-commerce and business trends.  Amazon’s precise and efficient logistical delivery systems has resulted in a higher shopper comfort level, causing the e-retailer to rapidly expand online.  Its’ current same-day delivery program is now expanding also.

In a recent report by Forbes, Amazon has announced that it has officially launched free same-day delivery in 11 more US cities.  Those major cities include Sacramento, Stockton, Charlotte, Cincinnati, Fresno, Louisville, Milwaukee, Nashville, Raleigh, Richmond,  and Tucson.  Prime members that place their orders by 12noon, will receive their items by 9pm the same day.  The service is available 7 days a week also.  Normally, same-day delivery will have a substantial window-time in order to make sure all deliveries are made on time.  Yet, Amazon even has Prime Now, which delivers online purchases within two hours.  The demographics and infrastructure of major US cities helps create effective same-day delivery programs like these.

The other previous cities that already have free same-day delivery include the San Francisco Bay Area, Seattle-Tacoma, Dallas-Fort Worth, San Diego, New York, Philadelphia, Indianapolis, Phoenix, Tampa Bay, Baltimore, Boston, Washington DC, Chicago, Atlanta, and Orlando.  Amazon also rolled out free same-day delivery last year in 14 metropolitan cities the US, starting with California cities.  The robust retailer has its’ sights on nationwide same-day delivery, and at this pace, Amazon will have it done within a few years.

Amazon Vice President of Prime Greg Greeley said in the article, “Prime was developed to make shopping on Amazon fast and convenient, and millions of members have used Prime FREE Same-Day Delivery to make their lives even easier.  We keep making Prime better, and as our operational capabilities grow, we will continue to invent and expand delivery options that customers love.”  The retail leader’s Prime fee can account for between $4 billion and almost $6 billion in revenue annually, based on estimates in the range of 40 million to 60 million members.  It makes sense that Amazon is after making Prime bigger and bigger.

Earlier this year, Amazon even raised its’ minimum online order amounts for non-Prime members from $35 to $49 to qualify for free shipping.  For about a decade, Amazon’s minimum order threshold was $25 until 2013, which when it first went up to $35.  Now, it’s locked in at an even higher amount.  The new threshold has been created in hopes to drive regular customers into being all in with Amazon and become actual Prime members.  The annual fee from Prime assures Amazon of customer loyalty and revenue, along with whatever it makes from sales.

With online shopping is expected to reach $500 billion by 2018, retailers need to get on board with creating the omnichannels to link in-store to online sales via same-day delivery.  Amazon is leading the way, as well as Google, Macy’s, and more.  Several companies partner with an efficient Same-Day Courier like 1-800 Courier to implement same-day delivery.  The Sacramento Courier is well-known for being able to launch massive roll-outs of the service on a national scale.  1-800 Courier has the courier expertise and technology that retailers are after to build a successful platform for same-day services. 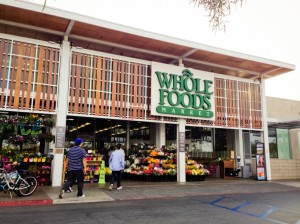 It’s not a light matter when Whole Foods is getting aggressive regarding Same-Day Delivery of groceries.  What seemed to be impossible to figure out, more and more retailers are finding the right mix to make same-day grocery delivery successful.  Whole Foods is moving steady and from its’ recent move, it’s clear that the supermarket chain could be aiming to go nationwide with the service.

Internet Retailer recently reported that Whole Foods is again expanding its same-day grocery services, working with mobile grocery shopping app Instacart.  Whole Foods has been working with Instacart since 2014 and has been growing the service ever since.  Instacart CEO Apoorva Mehta commented in the article regarding their growth with Whole Foods, stating “Instacart and Whole Foods Market share a mutual commitment to providing our customers with the easiest and most seamless grocery shopping experience possible.  We look forward to continuing to innovate with Whole Foods Market in the services that we can bring to users.”  Just like other store retailers, Whole Foods is creating the omnichannels that make in-store and online food selling seamless.

The new growth means that Whole Foods will be adding an unspecified number of markets in which it will offer same-day grocery delivery, in addition to the 17 metro areas where Whole Foods customers already have the Instacart delivery option.  Shoppers can order groceries from Whole Foods via Instacart’s mobile app or website in major US cities such as Chicago, Boston, San Francisco, and Washington, D.C. and more.  So far, the announcement only discussed the new expansion markets to include Orange County, California, and Baltimore.  However, Whole Foods desires to reach customers on the go, and it wouldn’t be a surprise that more cities are to come.

Grocery same-day delivery is just like any other retailer that offers the service with non-perishable items.  The pricing must be low and attractive, yet at the competitive and cost-effective.  Whole Foods’ grocery delivers within a one-hour window for $5.99, as well as a two-hour window for $3.99.  Food has to be delivered consistently fast and accurate.  To meet this type of demand, most supermarket chains and retailers partner with a Same-Day Courier like 1-800 Courier to perform the actual delivery services.  The Baltimore Courier has the courier expertise and technology to match the e-commerce that comes with a mobile app.

To add to what Whole Foods is doing, the supermarket chain is offering customers online coupons.  Just last month, Whole Foods released online coupons through Instacart’s mobile app as well.  The key is getting new shoppers, even loyal customers, try the food delivery service and then this could position Whole Foods for repeat delivery sales.  With Google, AmazonFresh and other e-retailers engaging in grocery retail, Whole Foods is going to need more strategic innovation such as this online.