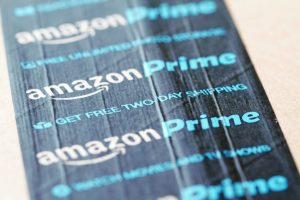 Amazon is on top when it comes to having shoppers turn to the e-retailer as their first online order choice.  Let alone it has it’s loyal Prime member base that utilize Amazon.com as it would a physical brick-and-mortar store.  This is exactly how Amazon likes it to be.  It’s recent Prime Day launch showed that Amazon currently has the key to online retail that others have yet to unlock.

Internet Retailer recently reported that Amazon had about 46 million American to make a purchase from its’ site, achieving a 46% conversion rate based on it customer survey.  Well-known Forrester Research has estimated that there are 244 million online shoppers in the US, which makes for a generation of revenue retailers have begun to aggressively pursue.  Based on the numbers by Forrester Research, Internet Retailer estimates Amazon had a $50 per average order value, which equated to about $2.32 billion in transactions.

The leading e-retailer is doing a masterful job at not only giving customers what they want, but also when they want it–even if it’s fast.   Amazon’s free Same-Day Delivery could have had something to do with it.  It expanded earlier this year, now provided in 27 major US cities, which include San Francisco Bay Area, San Diego, Washington DC, New York, Philadelphia, Chicago, Atlanta, Orlando, and many more.  It appears it will soon be nationwide.  For Prime Day, more than likely shoppers utilized the service as well, resulting in Amazon not only gain sales, but also exposure for same-day delivery.

Internet Retailer performed a survey of 191 online shoppers the following day after Prime Day.  In spite of retailers such as Wal-Mart, Target and Kohl’s getting in on creating an online sales campaign of their own, Amazon’s topped them all.  The survey also involved those shoppers that purchased something online in the past year, via online survey company SurveyMonkey.  The results were roughly 19.4% of the respondents said they purchased from Amazon on Prime Day, as well as the e-retailer has a 46% conversion rate.  The industry rate was 3%.

Traditionally, the holiday season has been the time that e-retailers and physical stores advertising big sales.  With Amazon’s clout, it makes sense for Amazon to not wait for the holidays to perform online marketing promotions.  Retailers may have to think outside the box too, in order to capitalize in today’s e-commerce.  One way is the partner with a Same-Day Courier like 1-800 Courier and meet the demand for shopper convenience.  The San Diego Courier can help any retailer draw sales with a same-day delivery operation of their own.  Then, their customers have an option of going to their store and shop, or allow the store to come to their front door. 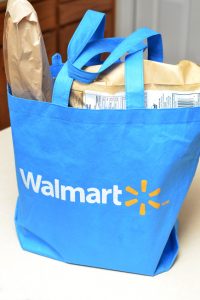 Wal-Mart isn’t sitting on the sidelines any longer, allowing Amazon to have all of the online increase and market share fun.  Wal-Mart has joined into the race to heavily invest into generating revenue for its’ web sales by creating a membership and shipping program of its’ own–and it appears to be working.

Wal-Mart Stores Inc. is hoping free shipping with two-day delivery will lure more shoppers to WalMart.com. Recently the worldwide retail leader announced that it will offer free 30-day trial memberships to its’ new ShippingPass pilot program.  The program launched last year mainly to compete Amazon and its’ Prime membership success.  Regarding price, ShippingPass does have Amazon beat at $49, which is half the price of Prime at $99.  Customers will be able to buy online items such as clothing, electronics, health products, and more via Walmart.com.  There will be a logo next to all products that are eligible for ShippingPass.

Fernando Madeira, president and CEO of Walmart.com, commented on the ShippingPass service.  “ShippingPass is about half the price of similar programs out there at just $49 a year, and customers who are using it, love it,” Madeira said.  However, Paula Rosenblum, managing partner at consulting and research firm RSR Research LLC, discussed how Wal-Mart may have some obstacles.  “Wal-Mart has a problem. Its sales are basically flat.  It is trying all different kinds of initiatives to drive customers to its site, and get them to buy repeatedly. One of the things it’s trying is basically Prime at half the price.  This sounds good on paper, but does miss out on some of the other benefits Prime members get, including content, e-books, and where available, free two-hour delivery,” stated Rosenblum.

Wal-Mart has begun to implement Same-Day Delivery to compete with Amazon’s free Prime service.  It recently announced that it will launch several same-day grocery delivery pilot programs in Denver, as well as another unidentified market this month.  The program will utilize Lyft and Uber ride-hailing services to perform the actual pick up and deliveries.  Same-day delivery requires close proximity store locations.  With over 3,400 Supercenters in the US, Wal-Mart stores can fulfill online orders and maintain low delivery fees.

The article also mentioned how CEO Doug McMillon wasn’t pleased with the retailer’s e-commerce growth.  Wal-Mart has only experienced a 7% year-over-year global growth.  Online retail as a whole has consistently increased over 15%, which shows why Wal-Mart has decided to dive into next-day shipping.  The new shipping method is the first step to shifting more traffic to WalMart.com and generating a higher percentage of the online retail sales that can clearly be seized.  If Wal-Mart doesn’t begin to compete online with Amazon, the robust retailer will continue to find itself, not so robust, when it comes to e-commerce.

Wal-Mart not only has rolled out next-day shipping, but also Same-Day Delivery to enable the retail leader to meet the same online demands as Amazon.  A pilot program for same-day grocery delivery was launched that past June in Denver, Colorado, as well as another unidentified market.  Uber and Lyft ride-hailing services is partnering with Wal-Mart to perform the actual pick up and deliveries within Denver and surrounding areas.  More than likely, Wal-Mart has plans to expanding the service to other major US cities.

They could partner with 1-800 Courier, which is a Same-Day Courier that can build same-day delivery solutions and consistently perform on-time deliveries.  The New Jersey Courier has extensive experience and expertise in last-mile deliveries within the northeast, as well as nationwide, and can help Wal-Mart’s ShippingPass grow.