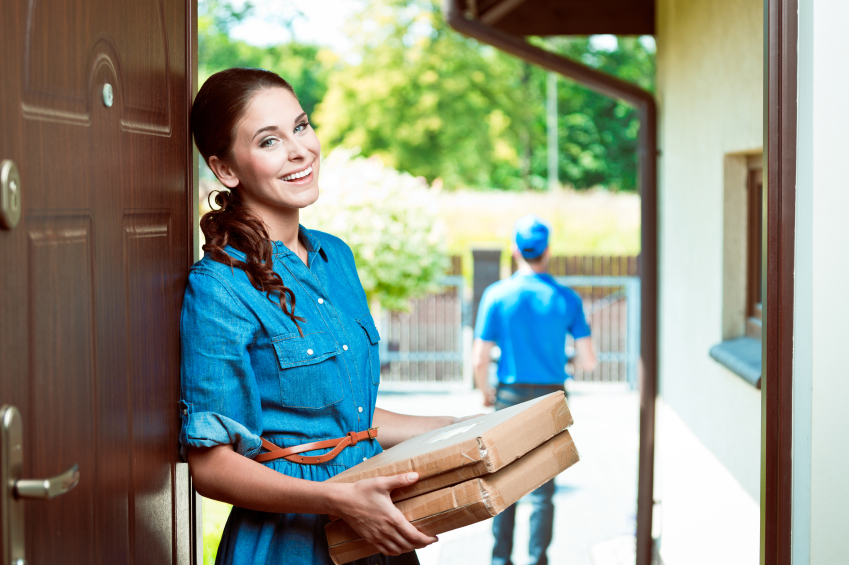 It takes a lot of coverage area in order to handle deliveries for big companies like Macy’s and BestBuy.  With the way same-day delivery is growing within the retail industry, a startup like Deliv has to be able to handle multiple locations throughout the US all at one time successfully.

This is why Deliv has made strategic moves to establish itself on a greater level in big cities.  It was recently reported that Deliv has announced an acquisition of same-day delivery company Zipments in New York.  This is the second acquisition by Deliv this year.  The first was WeDeliver in June, which was to give them a stronger presence in Chicago.  Both New York and Chicago are two of the biggest retail cities nationwide, and with Deliv’s current customers, these buyouts make sense.  Going by the trend, there probably will be more big city acquisitions to come.

Deliv utilizes a crowd sourcing approach to performing its’ deliveries and acquiring Zipments only helps it be able to handle a big city like New York.  Deliv is making some serious moves to expand right along with its’ partners, which include Kohl’s, BestBuy, Express, Pottery Barns, and others.  Same-day delivery is sourced for mall-based retailers directly from their stores, which Deliv picks up and delivers to their customers for them.  A Same-Day Courier like 1-800Courier is a partner to a number of big retailers as well.  The New York Courier has a nationwide footprint and is able to quickly implement same-day delivery on a large scale, especially as businesses are looking to capture more sales this holiday season.

New York is one of the most popular cities for shopping for one of its” biggest partners–Macy’s.  With over 17 markets in the US, Macy’s has aggressively rolled out same-day delivery for its’ customers in several major US cities.  Some of those cities include San Francisco, Los Angeles, San Jose, Houston, ,Seattle, New Jersey, Washington DC, and Chicago.  Its’ sister company Bloomingdale’s has also launched same-day delivery in some of those cities, which Deliv is probably servicing also.

Founder and CEO Daphne Carmeli did comment in a press release about why Zipments fits into Deliv’s overall strategy.  “Zipments has established itself as the leader of same-day delivery in New York City, and the team has done a magnificent job building up its profitable business in this prime and complex market,” Carmeli said. “When you consider that one of the keys to our business is route density, joining forces enhances operational inefficiencies. We also share a similar philosophy, similar business model, and similar clients, so Zipments is a great match for us on multiple levels.”

Deliv has the holiday season to deal with, which is right around the corner.  As Black Friday arrives, many retailers are in pursuit to see who can meet the online demand of consumers desiring different ways to shop this year, including using same-day delivery.  Instead of having to fight through parking lot traffic, as well as traffic within stores, there is market of shoppers who would like to just order their gifts from their couches.  Home shopping not only is convenient, it can save a bunch of your time.  So now it’s just not about having the best online deal, but also having the best online deal with the best order fulfillment service. 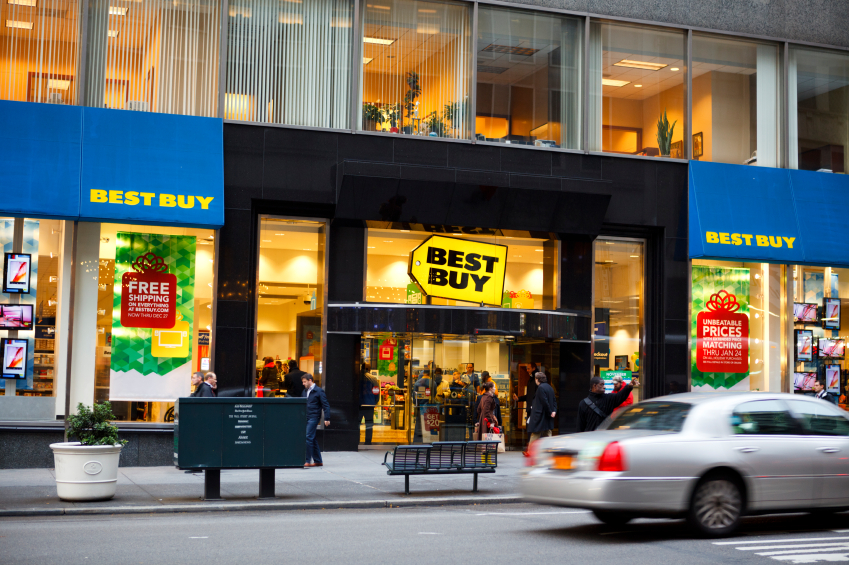 Retailers know that the holiday season is the best time to gain additional sales, or at the least recoup some of the below average sales month during the year.  It takes a good retail company to figure out what will work for them and BestBuy is one of them.  It has come to the conclusion that same-day delivery is something that isn’t going away, and it’s best for BestBuy to dive right in, or get left behind.

BestBuy has decided to begin testing same-day delivery in San Francisco and its’ surrounding areas.  Since Black Friday is almost here, BestBuy is seeking to have it rolled out prior to it.  The electronic retailer isn’t doing it alone.  Deliv will be the new partner of BestBuy that will be handling the actual deliveries for them.  It utilizes a crowdsourcing approach to meet online order fulfillment and the pick ups will be directly from BestBuy stores.  With BestBuy having over 400 stores nationwide, the service being from stores will be very effective and convenient.

Demand is growing for faster service by shoppers online and companies like Amazon, Google, Macy’s and more are targeting same-day delivery to meet it.  A Same-Day Courier like 1-800 Courier has a number of companies that is provides last-mile deliveries for throughout the US.  The Memphis Courier has a nationwide footprint and has the ability to grow its’ delivery logistics as your business grows.  When a service like same-day delivery is a dependable option for shoppers to use to get their online items fast, this opens the door for increased sales in other markets.  A customer that likes your same-day delivery service when they need something fast, will be more inclined to buy from your company when they don’t.

Online retail is forecasted to reach $500 billion by 2018 and retailers are using same-day delivery to gain that segment of shoppers they want convenience.  It makes companies have the versatility that technology demands to conduct a higher level of e-commerce.  BestBuy is doing just that, as well as store retailers like Kohl’s.  The clothing store has had same-day delivery and by Black Friday, Kohl’s will have same-day delivery in Los Angeles, Philadelphia, Brooklyn/Queens, Northern New Jersey, Boston, and Miami.  We’ll see what BestBuy does after the holidays. 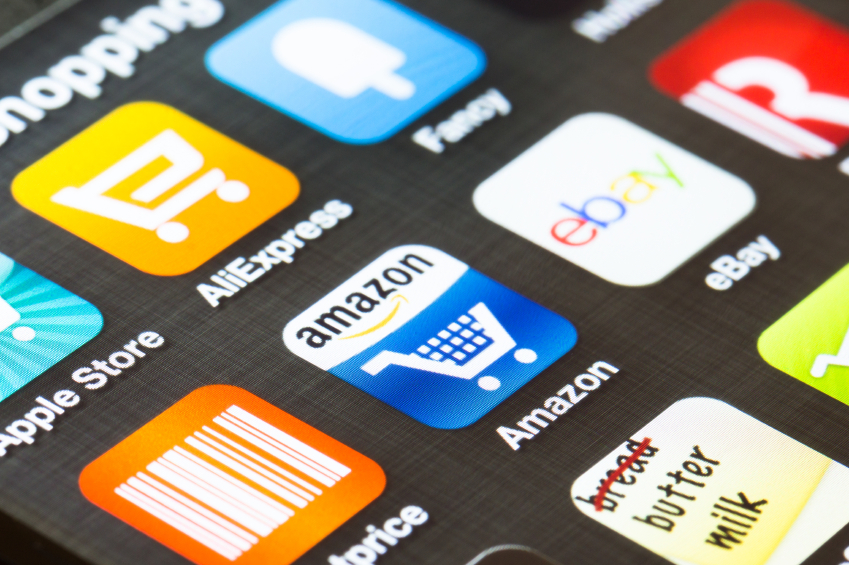 Other retailers are doing same-day delivery one way, when Amazon appears to be doing it another.  The company is doing something that hasn’t been heard of with the popular service, but with all of its’ expansion, there’s reason to believe that it just may work–for free.

The Chicago Tribune has reported that the retailer has now launched free same-day delivery in Chicago and Orlando.  This is another phase of Amazon’s all-out plan to implement the service free nationwide.  The service being made free began in some California cities, which included 14 Los Angeles metropolitan cities earlier this year.  The additional two cities now makes the service available in 16 markets.

The service is free for Prime members for all orders over $35.  Although the online Prime catalog has 20 million items to choose from, free same-day delivery there will have over 1 million items available.  The vast amount of things to shop for includes everything from tech gadgets, household goods, and more.  Online orders that are placed by noon, will be delivered by 9pm the same day.  All items placed after noon, will be delivered the next day.  This gives shoppers the fast service options they are looking for.

In the Chicago area, free same-day delivery will extend north to Evanston and Arlington Heights, south to Oak Lawn and west to Glen Ellyn and Downers Grove, a spokeswoman said in the article.  The launch of the service was preceded by Prime Now this past summer, being available in select Chicago zip codes.  Although the service has been rolled out in Orlando as of Wednesday, the coverage area there was not mentioned.

Amazon’s other major cities where same-day delivery is offered may become free also.  The retailer’s same-day delivery program is currently in the San Francisco Bay Area, San Diego, Dallas-Fort Worth, Indianapolis, Boston, Baltimore, New York, Philadelphia, Phoenix, Washington DC, Atlanta, Tampa Bay, and in its’ hometown of Seattle.  This could mean a strong ramp up of free delivery implemented in these cities before the holiday season begins.  Other retailers are partnering with a Same-Day Courier like 1-800 Courier to get their same-day service going.  The Orlando Courier can service nationwide for the most robust retailers in the market.

Macy’s is an example of a retailer that partnered with Deliv and implemented an aggressive pursuit to offer same-day delivery.  It does believe in the importance of the service, aiding Macy’s in becoming an effective omnichannel retailer.  With roughly 885 stores nationwide and great volume, Macy’s may have the capability of offering the service for free in the future also.  It’s stores can acting warehouses for online order fulfillment.  It also have same-day delivery in just as many markets as Amazon.

The climb is being made steeper for web-based and physical store retailers with Amazon’s free same-day delivery service.  Pricing for the delivery fee by most retailers for the service is around $5.  Regardless, it will require a substantial amount of delivery expertise to not only launch same-day delivery, but also the economies of scale in order to make it last.