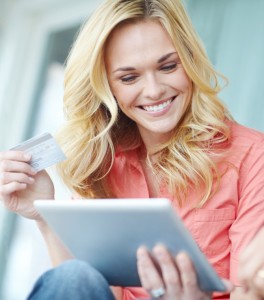 There has not been a more competitive time for same-day delivery than right now.  Retail giants Google and Amazon are continually growing.  Robust Wal-Mart has same-day service in multiple cities, also in Canada.  Brick-and-mortar retailers like Petco and Ace Hardware joined in the race to move product.  Crowdsource-based Uber is transitioning beyond picking up people, into picking up packages, testing same-day delivery is several cities also.

The race continues to evolve, especially with the recent move by Deliv, making a huge impact on the actual delivery side of the service.  Deliv has officially bought WeDeliver, as it pursues to be the largest same-day delivery provider in the US.  WeDeliver was a huge competitor in the Chicago market, and now, Deliver essentially captures a good portion of control of the area.  Chicago is one of several major US cities that e-retailers and store retailers are establishing last-mile delivery services.

One of the big drivers for the acquisition is no other than Amazon.  Ingrid Bekkers, Deliv VP of Marketing, stated in the article, “Two-day delivery for retailers has become the norm, but retailers are feeling the need to respond to Amazon and its same-day delivery option”.  Amazon has made huge implementations, including roll out of same-day delivery in numerous cities, especially since last year.  Recently, the retailer has launched free same-day delivery in California and is planning to expand it into San Francisco Bay Area, Baltimore, Boston, Dallas-Fort Worth, Indianapolis, New York, Philadelphia, Phoenix, San Diego, Seattle-Tacoma, Tampa Bay, Washington DC, and Atlanta.

Deliv’s presence is purposefully unseen, partnering with a number of malls and well-known retailers to perform deliveries for them.  Stores inside malls like FootLocker, utilize Deliv to offer shoppers a way to make their purchases online and have them delivered to their front door fast.  Macy’s is the most notable Deliv partnership thus far.  Beginning last year right before the holiday season, Macy’s aggressively launched same-day delivery in eight major US cities, including Los Angeles, San Francisco, San Jose, Houston, Chicago, Washington DC, New Jersey, and Seattle.  In addition, Bloomingdale’s launched the service in 4 of them:  San Francisco, Los Angeles, San Jose, and Chicago.

E-retailers, physical store retailers and local merchants are all seeing the growing opportunity to sell their products by obtaining the capability to offer a fast, convenient service option.  A nationwide courier like 1-800 Courier has established itself as a leader in same-day delivery also.  The Chicago Courier has partnered with hundreds of companies to provide superior same-day delivery.  Shoppers are more and more comfortable with shopping online, making buying things very easy.  Retailers need a courier like 1-800 Courier to assist in shifting into on-demand delivery. 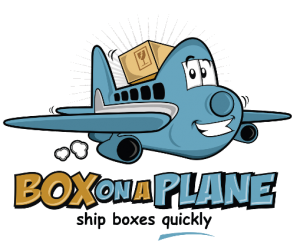 BoxOnaPlane.com is a revolutionary, new delivery service provider that specializes in facilitating expedited parcel shipments, announces urgent document same-day delivery nationwide.  BoxOnaPlane.com strives is to be the most superior and cost-effective ship by air solution for small package and multi-box shipping services throughout the US.  The shipper’s announcement comes in an effort to market its’ expedited shipping products, and market its’ new service alternative for missed FedEx and UPS drop-off deadlines.

BoxOnAPlane.com offers its’ urgent document same-day delivery cross country, whether locally or from state-to-state. It is the best, new alternative for urgent same-day delivery needs with competitive pricing for time-sensitive documents. With big carriers, such as UPS and FedEx, to get a document delivered the same day can be very expensive.  BoxOnaPlane.com utilizes its’ dedicated couriers to pick up customer packages, consult airline schedules, and then, ships them next flight out to a customer’s requested destination.

BoxOnaPlane.com allows customers to now have a ship by air delivery option for missed drop-off deadlines and lost package replacements to arrive as needed.  The shipper provides its’ services not only for urgent documents, but also for small packages, machine parts, visas, multiple box shipments and more.  To receive the shipped items even faster and greater savings, customers can choose to drop off and pick up their packages from the airport also.

BoxOnaPlane.com is owned and operated by 1-800Courier, a premier same-day courier offering same-day transportation and distribution services.  Whatever your business need is, whether one parcel or many, 1-800Courier ships quickly.  1-800 Courier has 15 years of experience facilitating transportation shipments.  The courier provides same-day delivery successfully for over 1,500 clients, including Fortune 500 companies throughout the US. 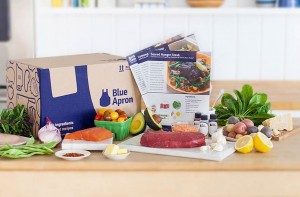 It is becoming an online feast for shoppers to enjoy making all types of purchases.  New retailers are entering a variety of markets and offering everything that a customer could think of, even make-at-home meals.  That’s right.  Blue Apron may have found a big niche and their recent numbers are showing it.

Blue Apron is a grocery delivery service that will deliver a recipe and the required ingredients for it to your front door.  They are based on seasonal ingredients.  Internet Retailer has reported that Blue Apron has now raised $135 million in a funding round led by Fidelity Management and Research, with participation from existing investors also.  Blue Apron is the fastest growing e-retailer on Internet Retailer’s 2015 Top 500 Guide.  Its’ sales surged to $65 million in 2014, which is an increase of 550.2% from the previous year.  Blue Apron was launched in 2012, and has raised $190 million to date.

What’s even more impressive is that Blue Apron currently delivers over 3 million meals per month.  Its’ volume is up 50% from six months ago.  The numbers indicate that online retail is moving beyond just a trend, but entering into a way of life, even with our very own groceries.  It saves the work put into going to the grocery store, finding all of the ingredients, and maneuvering through traffic to get home to cook.  When you arrive home, the food and recipe is there.  The report mentioned that the grocer company sells meals for two or a four-person family.  It will be interesting to see if Blue Apron will go same-day delivery to offer even more service options.

Blue Apron co-founder and CEO Matt Salzberg discussed its’ mission and what the company’s additional financing will enable Blue Apron to do.  He stated, “Our mission is to make incredible home cooking accessible to everyone. This financing will allow us to further improve the efficiency of our model, from sourcing to fulfillment, in order to bring our customers a level of quality that has never been available at scale before.”  This is a creative service for those who can cook and those that desire to learn, making home cooking not only accessible, but convenient.  Customers are looking to save their time and Blue Apron appears to have found a way to do so–in the kitchen.

With grocery delivery beginning to really make an upward swing, more and more online retailers will seek after sound delivery models to get their products to their customers on time.  A number of e-retailers and brick-and-mortar retailers have partnered with a same-day courier like 1-800 Courier to create an optimal same-day delivery logistics solution for small packages, electronics, household goods, and more.  A courier can also be a viable delivery option for online grocery shopping to meet their order fulfillment needs also.  The Los Angeles Courier has the expertise for not only local, but nationwide solutions for same-day services and can do the same within the grocery sector.  As online grocery demand grows, retailers will need a delivery service that can grow along with it. 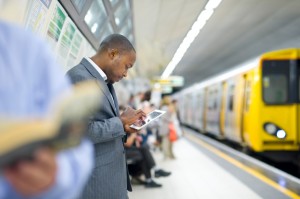 Expansion is what Amazon knows a lot about when it comes to same-day delivery especially in New York City.  The retail giant launched same-day delivery there late last year.  As it looks for innovation to maximize delivery costs and to optimize their service model every step of the way, Amazon has now turned underground to give the subway a try.
The Financial Times recently reported Amazon is utilizing the subway as a means of delivery for it’s new Prime Now mobile app.  On the new app, shoppers can receive their orders the same day. In New York City, the subway clearly has a speed advantage over drivers that have to maneuver their way through traffic. It certainly fits the infrastructure of the big apple too.  An Amazon representative told the Financial Times, “In Manhattan, our folks bike, walk or use public transportation.  They only drive if the item is large like a flat screen TV.”  With Amazon’s pursuit of fast same-day delivery, using other subway systems in other cities will probably be used if successful.

Prime Now competes with other retailers for quick last-mile deliveries.  Prime Now program is available to Amazon Prime members for $99 and the one-hour delivery service is $7.99.  Amazon’s two-hour delivery is free.  Amazon offers tens of thousands of products for its’ customers, from toothpaste to electronics.  Pricing for the service is similar to many other front line competitors, such as Google, Wal-Mart, Macy’s, and Pet’s Mart.

Google Express has partnerships with big name retailers and delivers everyday products to shoppers.  Macy’s has partnered with Deliv to elevate its’ physical store and online sales, launching same-day delivery in several major US cities before last year’s holiday season.  Uber utilizes a crowdsourcing approach to create a fast, on-demand delivery system.  Also, Postmates uses its’ own delivery messengers to get shoppers what they ordered online in a hurry.

The retail giant has been launching the service in multiple major US cities within recent months.  Baltimore and Miami are the newest cities to experience Prime Now, which more are to follow this year.  Amazon made a big push to enter big city markets by rolling out the service in hopes of big holiday sales.
Many retailers have really engaged into the science of same-day delivery and the best method to execute it.  Amazon’s recent move shows a city’s demographic is going to impact how out-of-the-box a company can get with fast deliveries. Either way, retailers can pursue product delivery themselves or partner with a same-day courier like 1-800 Courier to do it for them.  The advantage of outsourcing to this New Jersey Courier is the scale of service that it can quickly implement nationwide.  Major cities have the volume to sustain the service and a nationwide courier like 1-800 Courier can provide the optimal logistic solutions for same-day delivery to thrive.