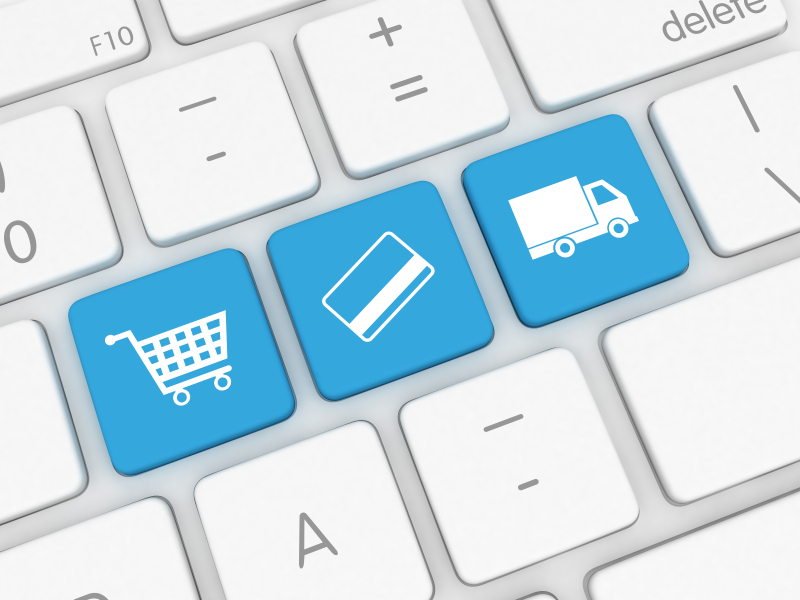 There are a number of tests that have gone into getting same-day delivery on the map as a true dynamic service option for retailers, even to the point of being a marketing magnet for shoppers.  These days, customers want their online items faster than they can order them, as businesses in the US and globally are looking for answers to consistently meet this level of demand.  The companies that can keep up, will thrive; those that can’t, will end up falling far behind within the transformation of e-commerce as we know it.

The New York Post released an article about how companies are aiming to make shopping easier for customers.  With today’s online business, retailers are having to bridge the gap between getting their website in front of people on their ipad or tablet, and what they order into their hands in a convenient, simple way.  One of the best times to roll out same-day delivery has been before the holidays.  Macy’s did so in 2013 and aggressively launched the service in 8 major US cities, while sister company Bloomingdale’s started in 4 cities also.  Now, Macy’s has same-day delivery in more markets then even Amazon, and some experts have stated that the department store leader is probably the biggest competitor against the global robust leader.

“People are getting more and more accustomed to getting what they want, when they want it,” stated Deliv Founder Daphne Carmeli, which handles same-day delivery for department store leader. This has led to e-retailers like Amazon and Google to take their online presence to the next level to compete with physical stores. For example, Amazon first began with two-day shipping for Prime members, then to Prime Now in which it can deliver online items within hours. Yet, Amazon is going for it all with launching free same-day delivery last year in several major US cities, forcing even companies like BestBuy, Ace Hardware, Uber, Toys-R-Us, and more to keep up.

Recently, there have been big name companies that are rolling out the last-mile service, coupled with an online store pick-up option.  Brick-and-mortar stores know they have to reach every market segment, including the shopper that says I’ll come to the store to pick it up, but not the shop for it.  Their tech gadget is the store now.  Carmeli made known in the article that one third of purchases were made online and picked up in-store.  Online retail is forecasted to grow to $500 billion by 2018, which gives us a clear view on a certain level of expansion for store pick-ups.  Cameli’s additional point made was that stores should be able to deliver the same percentage of items that are picked up at the store.

It takes time to build a solid same-day program, along with accurate delivery models.  A Same-Day Courier like 1-800 Courier is increasing its’ reach in the US, partnering with various retailers and businesses to implement same-day delivery.  The Houston Courier has a nationwide footprint and the driver expertise to deliver online items efficiently, even within a few hours.  With same-day delivery, 1-800 Courier is indeed helping businesses keep up with the innovation occurring within the e-commerce world, and door-to-door delivery will continue to be a growing demand. 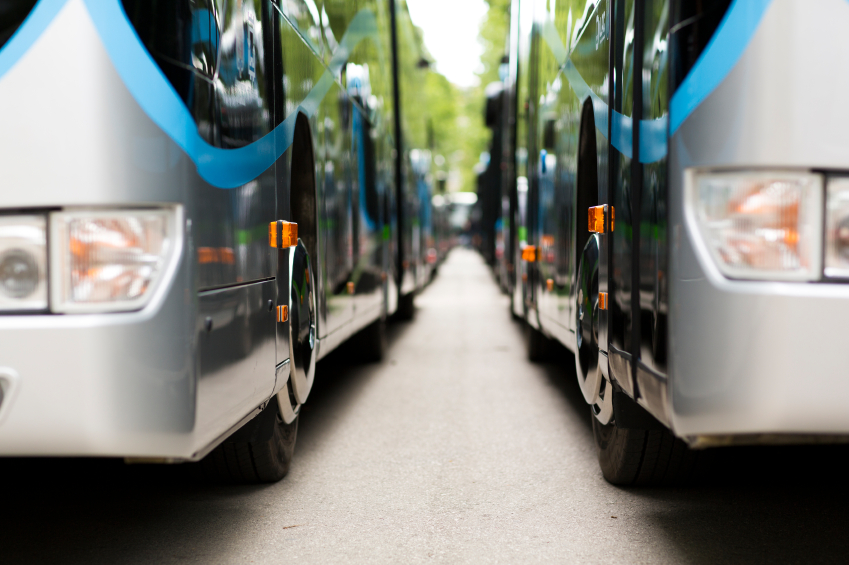 It hasn’t been that long that same-day delivery has been thriving and all types of businesses have begun to implement it.  When big companies like Amazon, Macy’s, Google, Wal-Mart, BestBuy, and more all dive into the service right before the holidays, it shows that it is becoming a huge commodity for other industries like carriers. Deutsche Post DHL Group has come on board in the carrier industry to offer same-day delivery, not by car, but via bus.

It is not strange when a carrier recognizes that buses are traveling a wide range of the same routes that packages, boxes and small parcels are intended to arrive at. It actually is a great idea for the Deutsche Post to have decided to test and see if it can indeed be successful. Post and Parcel recently released an article where the Deutsche Post DHL Group will begin testing same-day delivery in Berlin and Hamburg.  They will be the first cities to try out the service, with hopes to expand into other city markets next year.  It is necessary for same-day delivery to be incorporated into an industry where shipping by bus will work. The carrier business has the vast customer base to get the volume needed to generate a profit performing same-day delivery.

The article discussed how the Postbus service will occur.  The customer will first print out their shipping documents, which they have the option of completing online. Then, they drop off their parcels to the Postbus Courier pick up point at the main omnibus station in Berlin or Hamburg. They then give their parcels to a service staff member, who places the item in a bag, seals it and stows the bag securely in the Postbus.  Recipients can personally pick up items at the arrival destination, or have third party collect the items after proving their legitimacy through identification or providing the right parcel TAN.

“Postbus Courier is a new same-day delivery option that gives our customers another choice, using our intercity bus network for shipping particularly urgent items”, said Achim Dünnwald, CEO of Mail Communication at Deutsche Post and designated head of DHL Parcel.  When a customer has a time-sensitive item or package, same-day delivery for a company has to be on time, even when it is via bus.  On a normal basis, bus travel is not a preferred mode of delivery, however, PostBus will be an intercity option that will provide the convenience that customers are looking for.

All same-day delivery programs begins testing with certain charges to the customer to use the service.  As Postbus introduces their service, the cost will be 20 Euros, which is to $27.54 US dollars.  Customer have something that will give them the convenience and the pricing that they want.  With Christmas around the corner, customers are going to need a Same-Day Courier like 1-800 Courier to get their products to their recipient’s door bell on time. The Dallas Courier has the ability to cover short and long distances for companies that need it in their delivery model. A number of big name retailers that offer same-day delivery in the US charge anywhere between $5 – $15.00 for their service.  The bus service may cost a more, yet covers longer distances. 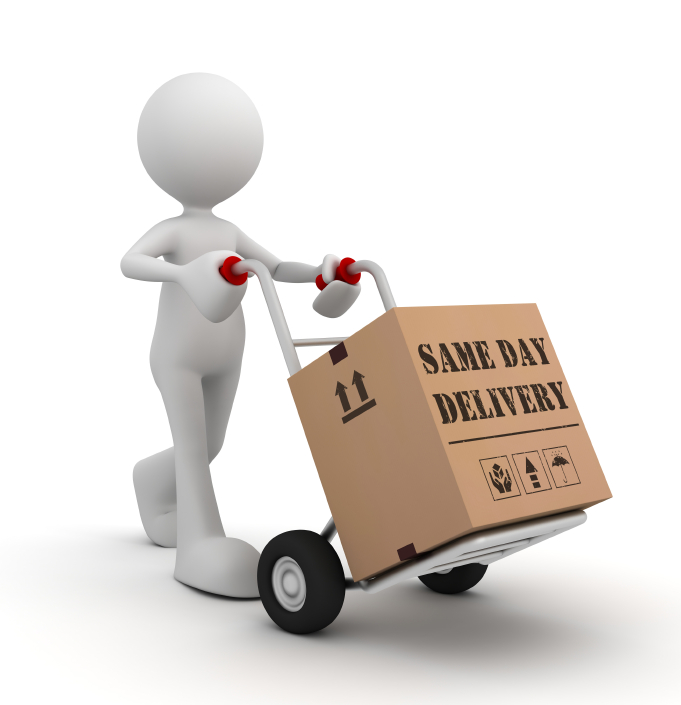 It takes time to get a good delivery system going for a retailer to begin to see a profit with same-day delivery.  It also take the right demographics and infrastructure to fit like a puzzle to make the service last.  Some retailers are marketing it just right to be attractive to customers.  However, the Denver Post is commenting that the fee for same-day delivery is what has shoppers talking.

According to an article by the Denver Post shoppers are enjoying the service aspect of same-day delivery, but not the price for it.  More than likely, retailers are seeking after a way to make their deliveries free, such as Amazon.  The retail leader has launched free same-day delivery in 14 Los Angeles metropolitan cities earlier this year, as wells as recently adding Chicago and Orlando.  This makes Amazon’s total of same-day markets is 16, and they are anticipated to grow even more throughout the US.  Same-day delivery is free for Prime members for all orders over $35.

To make the service free is an idea from Amazon, which appears to have the model that shoppers want.  Since Amazon has broken the barrier, it has the retailers are trying to beat the retailer at something it appears to be mastering.  Shipping industry expert Satish Jindel stated in the article, “Retailers trying to compete with Amazon on the road Amazon created will always be at a disadvantage”.  Where Amazon is going, other retailers take notice and are making striders to keep up.

Macy’s is one the biggest competitors of Amazon when it comes to same-day delivery, partnering with Deliv to make it happen.  Deliv CEO Daphne Carmeli said, “Over the past 18 to 24 months, Amazon has been pushing the bar” for fast and cheap delivery.  If you’re in retail, you have to step up to the new bar.” The crowdsourcing approach by Deliv causes its’ delivery model to work for Macy’s.  The department store leader has 17 US markets that it is providing same-day delivery, which is more than Amazon.  It has over 800 stores that makes pick up and local delivery easy.  For all orders over $99, shoppers can get same-day delivery for only $5.

Most retailers are charging between $5 and $20 for their same-day delivery service.  Etsy and Apple are both working with Postmates in New York for door-to-door service for a $15 flat fee.  Wal-Mart, Kohl’s, BestBuy, Ace Hardware, and others are all engaged in some form of same-day delivery.  It takes a good driver fleet to get deliveries to their destination within hours on a consistent basis.  Yet, the service charge is what handles driver costs, fuel and infrastructure.

The demand for same-day delivery will continue to grow, and retailers will have to find the right mix between being cheap for the customers and making a profit for themselves.   A Same-Day Courier like 1-800 Courier can help retailers develop an optimal same-day solution to accomplish both.  The Houston Courier has the courier delivery expertise to get your online items to your customers fast.  For retailers, this is a fitting time to quickly implement same-day delivery to capture holiday sales.

Reference: 11.29.15, www.denverpost.com, Mae Andersen, Everyone loves same-day delivery, until they have to pay