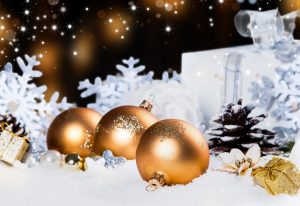 When the holiday shopping season comes, retailers look forward to the increase in sales.  It also looks like UPS can too.

Internet Retailer recently reported that end-of-the-year sales are forecasted to increase for UPS between Thanksgiving and December 31.  UPS is expected to reach 700 million in package deliveries, which will be a 16.7% increase in comparison to about 600 million last year.  Kathleen Gutmann, senior vice president of worldwide sales and solutions, said during a call on UPS’s third quarter earnings, “The dramatic growth of online shopping and subsequent returns is expected to lift UPS package levels to a record high during this upcoming holiday period.  Between Thanksgiving and New Year’s Eve 2016, there are two additional operating days and we expect to complete over 700 million deliveries worldwide, about 100 million more than last year.”

For the third quarter ending September 30, the carrier leader’s US average daily package volume increased 5.7% to 15.364 million packages from 14.540 million during the same time in 2015.  Also, International package volume went up by  7.5% to 2.788 million from 2.593 million last year.  Some other third quarter numbers for UPS included:

Chief financial officer Richard Peretz commented on UPS business-to-business sales.  He stated, “It’s the best growth we’ve had there in five quarters.  Returns growth in e-commerce is also very strong. It’s growing in the mid-teens.”  Despite lower industrial production, business-to-business grew roughly 2% primarily due to online retail returns, which is another benefit of the new trend of Same-Day Delivery, offered by retailers to correct shipments via close proximity retail stores.

The article also discussed how  UPS’ My Choice program will be used to help manage holiday volume surges. My Choice allows consumers who sign up to choose the delivery location of their package, whether to their home or an alternate delivery site, including a UPS Access Point location.  This program currently has 30 million members worldwide, compared with 20 million last year.  It has about 8,000 Access Point locations in the US, including UPS stores, Access Point “smart” lockers, in addition to sites like convenience stores and dry cleaners.

This is just one type of service model for speed and convenience that today’s customers demand.  Many big name retailers and companies are also turning to a Same-Day Courier like 1-800 Courier to pick up and deliver online purchases from store locations during the holiday season and beyond.  The New York Courier is a viable partner for companies that will need fast deliveries, route same-day services and even replacement error shipments.